The building plan of the Central Mineral Bath was created by the architects Petko Momchilov and Friedrich Grünanger and was approved in January 1906.

The design incorporated the Vienna Secession style and at the same time integrated the typical Bulgarian, Byzantine and Eastern Orthodox ornamental elements.

The base construction was completed in 1908 and the bath was opened to the public in 1911 as a public bath with separate facilities for men and women, but the official opening took place two years later on 13 May 1913.

Then it took them another two years before the building was completely finished and a garden installed in front of the Baths.

During World War II, the north wing of the building suffered huge damage during the bombing of Sofia. It was restored several years later and continued to work as public baths until 1986, when it was closed due to its bad condition and some reasonable concerns about the stability of the roof.

The beautiful building of the city’s former mineral baths is now the Museum of Sofia, forming a backdrop to the lovely park with a fountain where locals line up to fill up free hot mineral water.

You can read more about Sofia here. 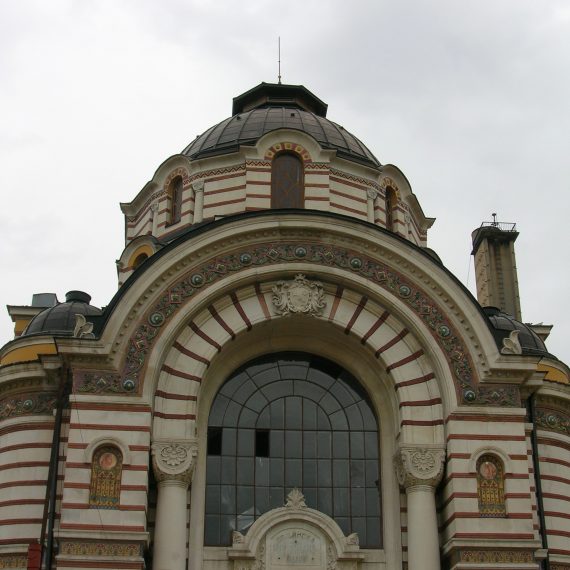 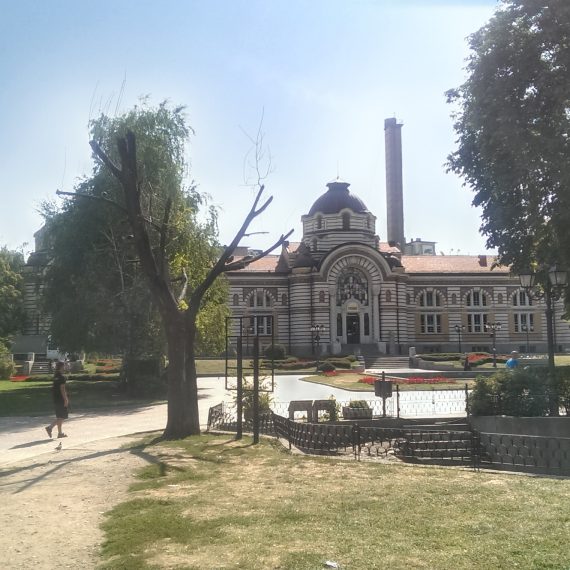