The National Assembly main building has been proclaimed a monument of culture for its historic significance.It was designed in Neo-Renaissance style by Konstantin Jovanović, a Serbian-Bulgarian architect who received his education in Vienna and Switzerland and whose other works include the Parliament of Serbia building.

The building is depicted on the reverse of the Bulgarian 20 leva banknote, issued in 1999 and 2007.

Due to insufficient space in the main building at Parliament Square, some administrative offices of the National Assembly are now housed by the former headquarters of the Bulgarian Communist Party, located at the Largo. There has been a proposal that the entire National Assembly be permanently moved to the old Party House building, with its inner courtyard being converted into an interior space for the plenary chamber.

The National Assembly consists of 240 members elected for a four-year term elected by proportional representation. Political parties must gather a minimum of 4% of the national vote in order to enter the Assembly. Bulgaria has a multi-party system.

121 MPs must be present in order for any session to commence, and 50%+1 of those present must vote “for” any point of order or bill to be approved.

All MPs picked to be Cabinet ministers lose their MP status, and other members from their party are called up to Parliament to fill the seats they vacate.

Parliament sits Wednesday to Friday, and sessions begin at 9 am. Parliamentary committees sit in the afternoons.

The Assembly is responsible for approval of laws, approval of the budget, scheduling of presidential elections, selection and dismissal of the Prime Minister and other ministers, declaration of war, concluding peace and deployment of troops outside of Bulgaria, and ratification of international treaties and agreements. It is headed and presided by the Chairperson of the National Assembly of Bulgaria. 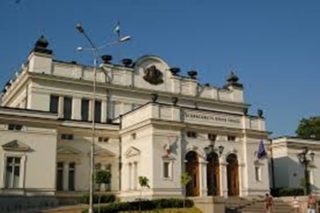 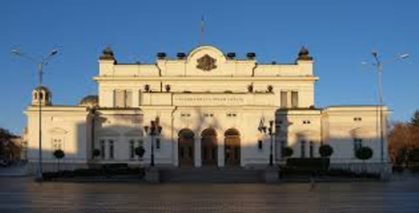