Statue of St Sofia, erected in 2000, stands in a spot once occupied by a statue of Lenin.

Statue of St Sofia is 20 m high. It’s a symbol of the city because St.Sofia is  the city’s patron.

Sofia means wisdom in Greek –that’s why she hold a an owl in her left hand, a symbol of wisdom.

In her right hand she holds a laurel wreath (symbol of many things for Greeks and Romans: peace, success, reputation etc.

Saint Sophia the Martyr (died 137 AD) is worshiped in the Eastern Orthodox Church on September 17.

Thus the holiday of the capital is  on September 17.

Born in Italy, Sophia had three daughters: Faith (age 12), Hope (age 10) and Love (age 9), who were named after virtues mentioned by Saint Paul.

The daughters are said to have been martyred during the reign of Hadrian (117–138). The guards took Sophia’s daughters one by one, from the oldest to the youngest and beat and tortured them to death in an attempt to force their mother, Sophia, to give up her faith in Christ.

Sophia buried her daughters’ bodies and remained by their graves for three days until she died herself. 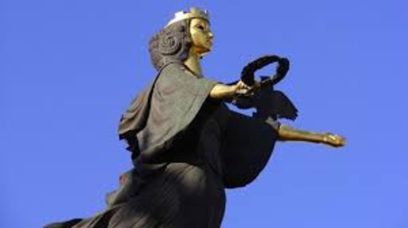 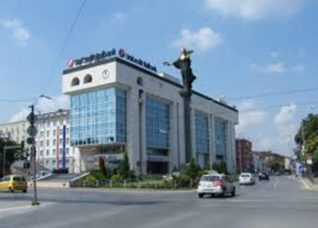 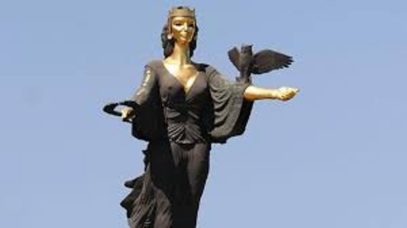